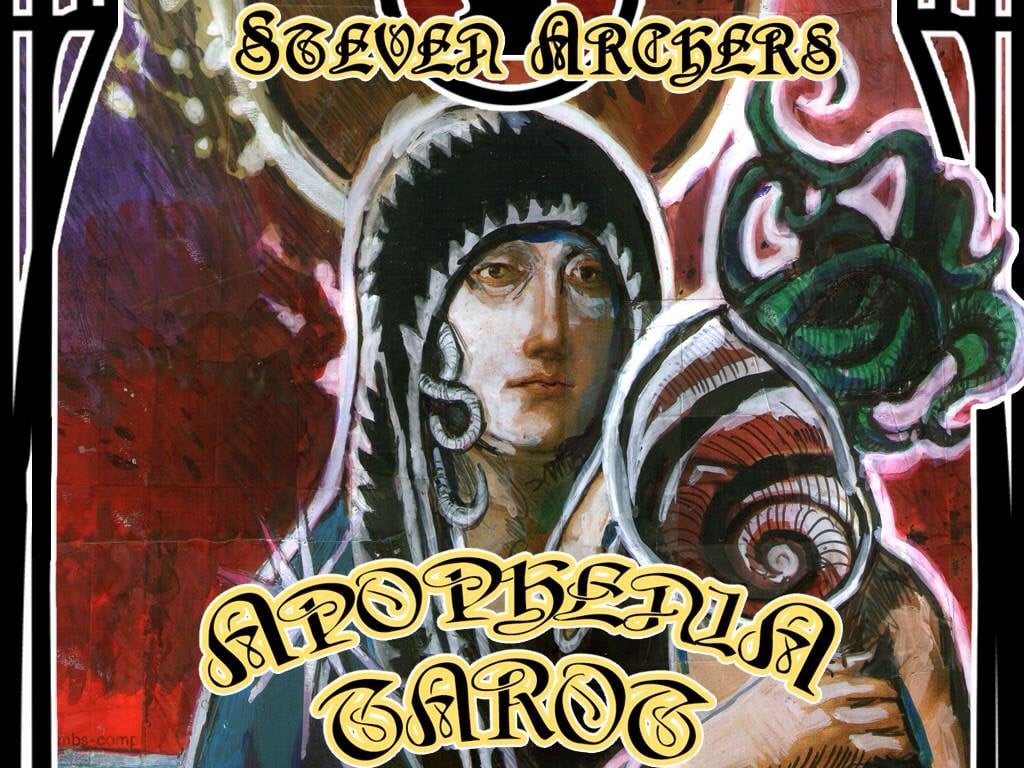 I'm happy to announce that these are now shipping!

More info including images of all the cards can be found here.
https://www.kickstarter.com/projects/158513650/steven-archers-apophenia-tarot-cards

Below are my thoughts on the project.

A bit of an explanation...

Re: the whole Tarot thing.
I've had a few people asking me to do readings for the with the deck that I'm making. Just to be clear, I'm not a believer in the hocus pocus (walla walla Washington) of the whole thing. So I would not be a good choice for that sort of thing.

However if they work for you, more power to you.

Well, why are you making them?

For a number of reasons.
1. I have had people suggesting that I do a deck for years, and I want them to shut up about it.
2. Cash grab.
3. It's one of my "put up or shut up," projects. In that it requires a massive amount of effort to complete. Creating something like this with the level of quality that I want it to have is a massive undertaking. One I did not feel I was able to tackle until recently.

To put it in perspective, doing just the physical artwork for it has taken me about a month and a half. I could have done 20-30 large paintings in that time.

And 4...
I love creating environments where the viewers brain is left alone to do its whole "connection machine" thing.

The name of the deck is the "Apophenia Tarot."

Do I think you can use the cards to predict your future? No more so than any other form of divination. Do I think you can use an environment of random symbolism as a way of making connections between different ideas more obvious to the individual? Sure. In the same way any form of good art (hopefully) resonates on both a universal and personal level, so too will someone looking for meaning find it in a symbol rich environment.

If the act of doing so helps them make better choices for the future, then more power to em...

I had to figure out a way of making it clear what my own personal beliefs are if I am going to make something like this with a clear conscious.

Creating and selling something that directly or indirectly implies or encourages a belief in powers beyond yourself without personally believing in those powers is one step away from being a snake oil salesman.

Doing so would be dishonest to the people who bought them and to myself and it would turn me into one of the things I hate most in life. People who use spirituality and the promise of insight into the divine for personal gain.